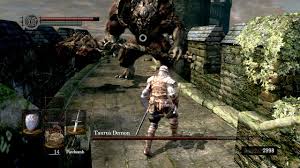 There are many different aspects to gaming, and that means that they can appeal to large range of people, each having their own motivation to play certain games. Gamers can be motivated to play games for the challenge of the game, for example. Games such as the Dark Souls series are notoriously difficult to complete, and even more difficult to master, but there are a lot of gamers who enjoy the challenge of these games, learning the best ways to beat the game and becoming better as a result. These players don't mind failing the same areas and bosses repeatedly as they know that it is the only way to get better and master the game, and that's what motivates them to play these games. 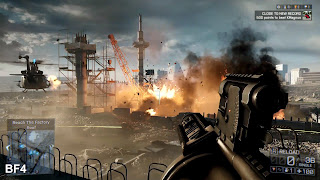 Another motivating factor for some gamers is the action component of a game, the ability to be able to jump straight into game play which is full of dramatic and visual effects. There are gamers that are motivated by the ability to destroy objects within the game, usually with a large number of guns and explosives. The Battlefield series is an example of a game that action-motivated gamers will enjoy due to ability to destroy the terrain and the buildings within the multiplayer setting. These gamers are looking for a much more fast paced game where the action never stops, and they are rewarded for having quick reaction times and being able to have a quick paced game that can provide them with an adrenaline rush when they are playing. These type of gamers favour first person shooters as they can provide the type of game play they want. 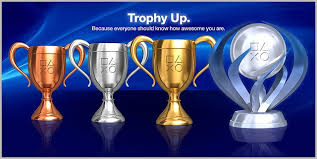 A huge motivating factor for a lot of gamers is the social aspect of gaming, the ability to group up together and play games together. There are a lot of players who enjoy the competitive aspects of the game, playing with and/or against players in team vs team in games such as League of Legends or Dota 2. It is worth noting that competitive gamers aren't always motivated by combative reasons, some players prefer friendly competitions between friends, such as having the highest score on a Facebook game. Furthermore, social game play doesn't have to be competitive at all, as many gamers are motivated by the ability to play games with their friends and the wider community, whilst not taking things too seriously and generally enjoying the company as well as the gameplay. This can be seen in gamers who meet up regularly to play games such as Mario Kart; a fun game that can be played competitively but isn't too serious to play. 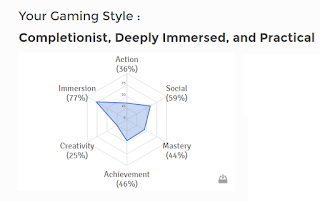 The aspect of gaming that motivates me the most is that of having an immersive world to explore, full of diverse characters and interesting story lines and quests to follow. I enjoy the fantasy setting of games such as Skyrim and the Dragon Age Series due to the fact that there is so much to do in the games, with a multitude of quests and stories for the player to follow. Furthermore, these games let you choose the way you play, which allows for the player to create a character that they are interested in playing and helps them connect to character and the world that their character is in. In addition to this, I enjoy playing games that allow the player to choose the way the story plays out through their decisions within the game, as it allows the player to have a deeper emotional connection to the game they are playing because they are basically writing their own story within the confines of the game. This motivates the player as they then want to see their characters story though to the end, and they also want to see what happens to all the characters that they met along the way in their journey. Games like the Mass Effect series allow the player to make decisions based on how they want to play the game. For example, certain dialogue choices that you can make can upset your characters companions, which can lead to more negative endings for them and even your character. This motivates me to play these games as it allows me to control the story and helps me to get more attached to the game and the characters within it as it let's me, as the player, make the choices based on which characters I like and dislike within the game, instead of being directed into what the pre-made characters in others games feel and want to do, even if I do not agree and want to take these actions. This makes me motivated to keep playing and enjoy my experience, as it is something that I can enjoy and is something that other players may not have seen, leading to interesting discussions between players who have seen on done different things within the game, something that shows how immersive and interesting these games can be and is why I tend to play games that allow these types of choices to be made by me, and not for me.
Posted by Unknown at 05:58