Cutscene
Overview of story: Reach the end of the level and cut scene triggers where the mother ship comes down and the big boss of the Klowns comes out, he then smashes the the building up a little bit and then spots the player character. He then comes over to the player character and roars in his face, and then the boss fight starts as the spaceship flies off in the distance.

End of level and the triggers, the spaceship comes crashing down from the sky and crashlands in front of the player character. Out of the rubble climbs the pilot who crawls for a bit before collapsing to the ground. Then the leader of the Klowns bursts out of the wreckage of the ship, sending debris across the boss arena before spotting the player and beginning the fight.

Mike reaches the top of the building in the level thinking that he has cleared the area of the Klowns when suddenly a ship comes down and abducts him, taking him to the final boss room. Mike stands up and looks around where he sees a large Klown sitting on a throne with strings attached to his arms (like a marionette). Suddenly the Klown sits up and rips off the strings, then stands up and walks towards the player, where the fight begins. 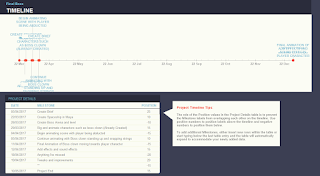 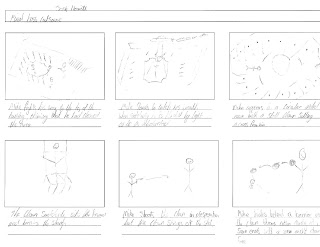