The brief that we given when creating this game was for it to take inspiration from the film "Killer Klowns from Outer Space". Working together in a group we came up with the idea in which Mike Tobacco, the main character from the film, has turned to alcohol after defeating the Killer Klowns due to the fact that no one believes that it happened and everyone thinks that he is insane. Due to the alcohol and the fear that he has of the Klowns coming back, Mike has nightmares in which he dreams that the Killer Klowns have taken over the world in different time periods, which helps to explain why the levels are so different. The game takes place when Mike is taken to prison for public intoxication, and there he dreams of the Klown invasion. Mike has to fight through the different levels in order to get to the end of the nightmare and defeat the Klown boss. He will then wake up in the prison cell and be told to leave by the officer. Another concept for the game is that at the end of the film where the characters are hit by the pies when the Klowns fly off, they infect Mike with some kind of disease that makes him think that he is turning into a Klown, and in his dreams he has to defeat the Klowns in order to defeat to disease that has infected him.
In terms of gameplay, we decided that this game is going to First-person shooter with horror elements included. There will be multiple levels set all over the world in Mikes mind. The game will also include a tutorial level in order to teach the player how to shoot and aim etc.

Models That we Need

Villagers and Townsfolk - They will just be wandering around the village levels and might give directions to the area that the player needs to go to.

Killer Klowns - Obviously the main enemy of the game, will probably be a few different versions and designs within the game.

Candy Cocoons - What the Klowns use to capture people and feed on them, will probably have corpses in them. 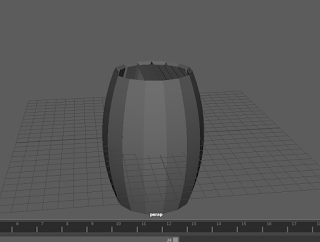 Boxes and Barrels - Just general decoration for the game, will probably include the classic red barrel that will explode when shot. 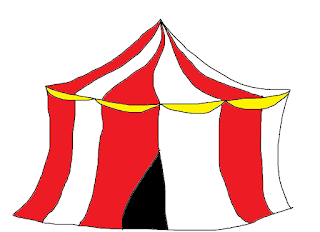 Circus tent - Maybe just for decoration, or could be used as a gate to travel to the next level.

Klown spaceship - Just for decoration, or might be another level.

Weapons - For both the Klowns and for the player. The player will probably be armed with a baseball bat or a gun, or depending on the level he might have a sword or a bow instead. The clowns will be armed with cotton candy lasers to shoot the player, or if they are melee based they might be equipped with giant hammers that are used on the strongman games in circus'. 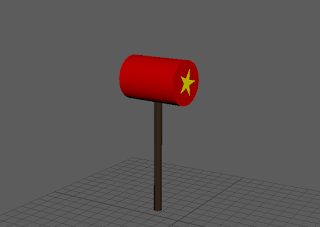 
Sounds That we Need


When creating media such as games, you have to be careful of the content that you are going to include in them, as you need to be careful not to break copyright laws. Copyright laws give the creator of something, which can range from a piece of art or music to even an idea or concept, the right to what they have created. This means that if you use something created by someone that isn't covered under fair use, you can get in serious trouble including fines for each of the pieces of work that have been infringed. This can also include intellectual property, which is intangible property such as ideas and concepts for products, so if someone steals your idea and you have proof that you invented it, you will be covered by copyright laws.

Furthermore, when creating a game you need to be careful not to actively seek to damage a person or a group or peoples reputation through lies. Even though it might be funny within the game, if these comments that are made in game start to hurt the reputation of these people, this is libel and can be a legal issue. In addition to this, it is important to be respectful to all races and religions when creating games as it would be wrong to offend people based off of these aspects of their life, and can lead to boycotts and bad press which can hurt sales of your game.

The age rating for our game will probably be a 16 due to the fact that it references alcohol abuse, although in no way does it endorse or encourage drinking. Furthermore, due to the fact that the game is based around "Killer Klowns" it will also play on peoples fears which means that the age rating will increase, along with the violence involved in killing the Klowns.

The key themes for our game are obviously Killer Klowns and fighting against them. The feel of the game will be quite dark and atmospheric, using lots of different effects such as fog in order to obscure the players view a bit and increase the tension.